After 22 years, we found a way to work in this early–Chicago song as a theme! The Fed hiked 25 bps as widely expected but then signaled 6 more to come – at each of their upcoming (and remaining) 2022 meetings. Completing that thought, lone dissenting voter FRB St. Louis President James Bullard voiced the song’s ‘should I try to do some more?’ wanting to see 4 25–bps hikes by July. After Fed Chair Jerome Powell said he was open to larger hikes if necessary to combat inflation, the yield curve began to price in a 50–bps hike for May. While the Fed’s ‘dot plot’ had signaled 6 more 25–bps moves this year, and more beyond, the bond market began to price in 7 more for 2022.

Numerous Fed members have now said they are open to half point hikes. They didn’t do that this time because they have been trying to be transparent and had not voiced that possibility. That’s now changed. Bullard stepped up his game and said he wants the Fed to “move aggressively” on inflation and use the 1994 model and get rates up “to 300 bps this year to be mildly restrictive.” By the way, 1994 was ugly! That means Bullard want at least 10 more 25– bps moves in 2022 – which would call for multiple 50–bps moves. No wonder rates are soaring upward!

The Bond Market Review is for a more orderly path. Growth has already slowed. Even with the lofty inflation numbers, the Fed must consider how rapidly the economy could be thrown into recession. The unknowns of the war in Ukraine are also a concern. When the Fed hiked rapidly before, the resetting coupons on adjustable–rate mortgages and loans led to massive defaults and ushered in the financial crisis. We hope the Fed will take time to consider all those headwinds before an overreach. In the FOMC statement, they noted strong ‘job gains’ and that ‘inflation remains elevated’ as we all know. The war has made already–high fuel prices surge to onerous levels. It’s worth including their opinion: “The invasion of Ukraine by Russia is causing tremendous human and economic hardship. The implications for the U.S. economy are highly uncertain, but in the near term the invasion and related events are likely to create additional upward pressure on inflation and weigh on economic activity.”

Citing facts ‘not in evidence,’ the committee said: “With appropriate firming in the stance of monetary policy, the Committee expects inflation to return to its 2% objective and the labor market to remain strong.” Given the length of time to acknowledge inflation, the Fed may not possess the handle on it that they presume.

Monday was the worst single day for bonds in years. Yields surged with the 2–year note rising to 2.13%, the 5–year note reaching 2.34%, and the 10–year note hitting 2.31% – all the highest since May 2019, and with the 5 to 10–year curve inverting. The 10 to 30–year spread fell to its smallest reading since 2007. The 30–year bond rose to 2.54% on Friday, which was the highest since August 2019. Nothing good comes from slowing growth and yield–curve inversions. Bond markets are pricing in a recession – which usually follow inversions within a year or 2. Very few expected the Fed to do anything but a 25–bps hike to begin. Speaking to Jerome Powell, we said: “He’s the chair, he wants to be transparent, so that’s what we expect.” With Powell on Monday saying a 50–bps hike could be considered – that transparency turned into trading panic. We don’t view Powell as ultra ‘hawkish’ but he’s trying to convince the markets that he means business!

Earlier this month, the U.S. Treasury sold $48 billion 3–year notes at 1.775%. The auction was ugly with demand falling to the lowest level since November. The buying group that includes foreign central banks accounted for 55.1% of this auction versus a prior 68.5%. $34 billion 10–year notes came at 1.92% – the highest since July 2019, but low compared to now! Demand was the lowest since December and foreign buying dropped from 77.6% to 68.2% for this reopening of the February 2032 maturity. The $20 billion 30–year bond auction went well. The 2.375% yield was the highest since the May 2021 auction, but demand was the best since September 2021. Foreign buying rose from 68.0% to 71.5%. That was the second highest allocation on record with dealer buying falling to a record low. The February 2052 maturity was reopened for this new supply. On Wednesday (03/23) the U.S. Treasury will auction $16 billion 20–year bonds (February 2042 maturity).

Following the first monthly surplus since September 2019, the Treasury’s Monthly Budget Statement once again fell into familiar deficit territory in February with a $216.59 billion shortfall. February is usually a deficit month – and has been for 56 if the last 68 fiscal years. With no monster stimulus packages, fiscal 2022 is running 54.56% lower than at this point 5 months into 2021. The 5–month fiscal 2022 total deficit of $475.6 billion stands as the smallest start since FY 2018. In January, foreign entities and central banks channeled $294.2 billion into U.S. assets. $58.8 billion went into longer term U.S. debt.

Initial Jobless Claims rose from 216K to 229K and then fell back to 214K. Continuing Claims (which lag a week) rose from 1.469 million to 1.490 million, and then dropped to a new pandemic low of 1.419 million. JOLTS Job Openings were revised around 500K higher to a new record 11.448 million in December and January came in at 11.263 million (which without the revision would have been a record). The staggering results show nearly 4.8 million more available positions than the number of Americans listed as unemployed. Those quitting their jobs fell to 2.8% – the least in 3 months. The Household Change in Net Worth rose from $2.686 trillion in $5.297 trillion in Q4.

Homebuilder confidence (NAHB Housing Market Index) fell to the lowest level in over 6 months with a drop from 81 to 79. Higher mortgage rates will begin to present a real challenge to the industry. February Housing Starts soared to the highest level in 16 years with a 6.76% gain to 1.769 million annual units. However, Building Permits fell 1.90% to 1.859 million annual units – and multi–family permits plunged 4.5% for the month. Higher prices and increasing rates sent Existing Home Sales down by 7.24% to a 6–month low 6.02 million annual units. That was the largest drop since May 2020.

Wednesday is set for MBA Mortgage Applications (which rose by 8.50% and then fell 1.20% over the past 2 weeks) and New Home Sales for February. Thursday releases jobless claims, the Q4 Current Account Balance, Orders for Durable and Capital Goods for February, and Kansas City Fed Manufacturing Activity. Friday reveals Pending Home Sales for February and University of Michigan sentiment.

“Finance is the art of passing money from hand to hand until it finally disappears.” Robert W. Sarnoff

Banes Capital Group, LLC (BCG) has been granted permission by the author, Doug Ingram and Strategic Technical Initiatives, to distribute this market commentary (MC). All views, opinions and estimates included are his as of this date – and are subject to change without notice. Mr. Ingram’s views, opinions, and estimates are not necessarily those of BCG and there is no implied endorsement by BCG of any of the information contained within this MC (which may in fact directly conflict with those being published and distributed by BCG, whether or not contemporaneous). In the event of such conflict, BCG is not under any obligation to identify to you any such conflicts. This MC is for informational purposes only and does not constitute a solicitation or offer to buy or sell any securities, futures, options, foreign exchange or any other financial instrument(s) and/or to provide any investment advice and/or service. Although the information presented has been obtained from sources believed to be reliable, we cannot guarantee or assume any responsibility for the accuracy or completeness of the information shown herein.

Alston joined Banes Capital in 2022 after years in banking, finance, and the automobile sales and financing business. His experience with the loan origination process and credit buckets that are part of any financial institution’s secondary market criteria make him a natural fit for the whole loan sector. He is a legacy in the business, which means Alston grew up with conversations about the capital markets served with his cheerios.

With a strong commitment to the Memphis community, Alston graduated from Memphis University School and Ole Miss. He loves old cars for their engineering simplicity and style. He supports charity organizations throughout the Mid-South, while holding music as one of his passions. Alston has been an avid and active musician singing in local choirs and performing live for special events across the country. 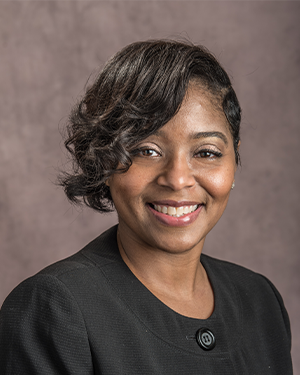 Tarasha received her BS in Accounting from Christian Brothers University in Memphis, TN, and opened many doors for herself. Her career consists of over 25 years of public accounting, asset management, and small business accounting and taxation. Now, she joins us as our Director of Accounting, dedicated to ensuring our numbers are where they should be.

She has been married to her husband, Keith, for over twenty-seven years, and they are parents of three, with three grandchildren. Since the pandemic lockdowns and the closure of their favorite places, Tarasha took the initiative in starting a family Bible Study night where their family can come together to read, discuss, and learn about the messages of the Bible and how they can apply those lessons to their lives. As Finance revolves around her life, Tarasha teaches all she's learned through financial literacy and personal finance classes in her spare time at her church and the wider Memphis community. Tarasha has avidly supported Tennessee teams like her hometown Memphis Tigers, the Grizzlies, and the Titans. 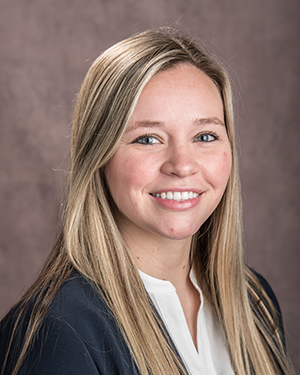 Dylan began college at the University of Arkansas and later finished at the University of Memphis. While at Memphis, she made her way to the Dean's List for outstanding academic performance earning her BS in Biology, with minors in History & Political Science. Dylan became an EMT with a private ambulance company right out of school, working for nearly four years. She later decided to put her minors to work and made a career shift to Finance. Joining us in late 2021, Dylan has proved to be an integral part of the team's organizational capacity.

Her family is important to her. They traveled around the world together before the pandemic, took pictures, and explored new places. Dylan has visited cities like Venice, Mykonos, and Amsterdam, and parts of Germany throughout her time abroad.

Dylan enjoys reading fiction and philosophy in her free time, cooking cuisine from across the world, watching documentaries on Netflix and HBO, and going to the park with her golden retriever, Cudi. 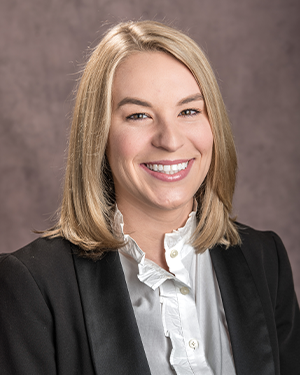 Hailing from Memphis, Katie attended the University of Tennessee - Knoxville, and Union University, completing a Masters of Business Administration. She volunteered at the Boys & Girls Club of Memphis and Manorhouse Assisted Living throughout her college career. Before graduating, she joined the Banes/Hanover family to test her knowledge and skills, and she's been an asset ever since.

When she is not working, you can find her practicing hot yoga, trying new cuisines around town, or sifting through used books and records. Go Vols! 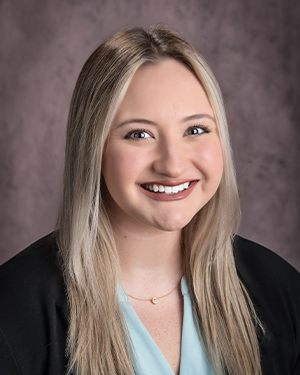 Chase is a Memphis native and a University of Memphis Alum. She was a member of Alpha Delta Pi Sorority, Gamma Eta Chapter, where she enjoyed volunteering with Ronald McDonald House Charities. Having worked several years of experience in event planning and management, Chase has a masterful grasp of communication and organizational skills. She worked in logistics at Le Bonheur Children’s Hospital before joining our team in October 2021. Chase enjoys staying active, cooking, traveling, and cheering on the Memphis Tigers outside the office.